Home » Care Excellence: Neurology Care » I Tried a Brain-Training Program During Quarantine. Did It Work?
× Share this Article

There were multiple moments this year where I wondered how I had gotten here: shut in my childhood bedroom during a pandemic, staring at a small animation on a screen, clapping my hands together like a toddler at a Mommy & Me music class.

Let me back up. When I first visited Brain Train America, a Maryland company that aims to improve brain speed and functioning, it was in the fall of 2019. I underwent a thorough intake process, doing various exercises to measure the relationship between my eyes, body, ears, and brain (think cognitive-reasoning quizzes, or having your eyes tracked while reading text on a screen).

The goal of the intake is to target which parts of your brain could use improvement, and then fashion a program to help things like hand-eye coordination or memory. All of this is reliant on the idea of neuroplasticity, or creating new pathways in your brain and training them to operate faster.

Kate Ortman founded the group in 2010, when one of her children, Daniel, was recovering from brain surgery. She’d heard about brain-training programs that could help him recover, so she became certified to do them at her kitchen table. She now has a brick-and-mortar HQ in Columbia, although she sees the majority of her countrywide clients virtually. These include high-functioning people who want to operate at their maximum level, young students dealing with dyslexia or ADHD, and older folks combating memory loss.

The brain training world at-large has had its issues, though. Many health professionals have questioned the efficacy of such programs, and in 2016, the brain-training group Lumosity shelled out $2 million to settle Federal Trade Commission charges that it hoodwinked customers via false advertising. All that to say, I was a bit skeptical myself.

After my intake, Ortman told me that I have some cognition, focus, and processing issues, meaning I have trouble digesting lots of information and doing multiple things at once (true!). She prescribed a few programs to help: Interactive Metronome, and two from a group called Integrative Listening Systems—the Focus System and Safe Sound Protocol. (Plot twist: As luck would have it, I did my intake the first week of March, which meant I would be doing all of these programs from my childhood home, where I was riding out the first months of the pandemic.)

The Focus System consists of a pair of padded “bone conduction” headphones and an iPod preloaded with playlists full of classical music, Gregorian monk chants, and some sort of polka-meets-waltz mash-up. I was supposed to listen to 30 minutes of the playlist five days a week to help my mind-body connection and cognitive processing. After, I was to do the Safe Sound Protocol on my own headphones, which required listening to covers of mid-2000s jams by bands like Nickelback for an hour a day. Ironically, given the times, this was supposed to help with my high stress and anxiety by combating my fight-or-flight response.

Also on my list: Interactive Metronome, a video game-like apparatus that hooks into your laptop and prompts you to clap your hands and stomp your feet to the beat of a metronome (that one was supposed to help with my brain speed and sensory motor skills). I was supposed to do those 20-minute exercises three times a week.

This proved to be difficult. Suddenly, all my time was sucked up between incessantly refreshing Twitter, working longer hours than ever before, or blankly staring out windows as I contemplated the fate of mankind. By the time I got through all that, the last thing I wanted to do was stick on a pair of headphones and listen to Gregorian monk chants.

But, the blessing in disguise is that the Focus System cannot be used when staring at a screen or exercising heavily—it works best during rote, mindless activities. For 30 minutes a day, I couldn’t scroll and burrow into my hole of worry. And when it was time for the Safe Sound Protocol—well, it was kind of annoying to listen to a tinny cover of “Soak Up the Sun” while doing work, but it wasn’t the worst thing.

The Interactive Metronome was a different story. I was awful at it—the game tracks the accuracy of your clapping, and, as it would happen, I have no rhythm whatsoever. And to make it harder, the game will throw out distracting sounds and images at you (think a monkey climbing a tree or kaleidoscopic, Pink Floyd-like designs), or have you do complicated series like clapping your shoulder, then your hip, then your opposite hand. But, despite my attempts at self-sabotage, I actually got better, improving my accuracy rate little by little.

So, did it work? Did I become a new, mentally pristine version of myself, ready to sweep the board with my fearsome processing skills a la the Queen’s Gambit?

Well, let’s go back to the efficacy debate. Ortman, obviously, is adamant that it works—not only for herself and for her children, but for her customers. “We’ve had multiple clients that were on disability go back to work full-time. That’s huge,” she says. “We’ve seen kids that weren’t going to graduate from high school go on to college. We’ve seen those that are struggling with anxiety and depression have a new lease on life.”

And while there are plenty of groups that advertise brain-boosting programs and games, they don’t provide the level of service and personalized programming that Brain Train America does, says Ortman. This makes the cost—$750 for a comprehensive intake, around $200 for a single monthly membership, and no insurance—worth it, she says.

To be fair, the brain, and its functions in general, are still kind of a mystery to the medical community. Case in point: the Stanford Center on Longevity and the Berlin Max Planck Institute for Human Development published a 2014 letterdisputing many of the claims these programs make about permanently rewiring the brain; 75 neurologists and cognitive psychologists signed it. Then, of course, to make things complicated, a competing letter signed by 100 health professionals was subsequently released, stating that some types of training actually can boost cognitive function. Helpful, guys!

Ejaz Shamim, a Kaiser Permanente neurologist, is of the might-help, can’t-hurt mindset—just don’t expect these programs to cure all your issues. “Any practice that you do will allow you to change your brain in a way [so] that you can do that activity better,” he says. “Is that going to change things for you in the long run? Is that going to prevent dementia and stuff like that? I don’t know about that, but I think it certainly will rewire your brain to a certain extent.”

He equates these kinds of programs to doing crossword puzzles or learning a new language in order to keep your brain sharp (by the way, he recommends doing these activities if you’re on the fence about a program). But for folks dealing with issues like ADHD or dementia who want to try these groups, he recommends doing so alongside seeing a doctor. (For the record, Ortman doesn’t position herself as a doctor. She’s certified in all the programs available via her group, she says, and Brain Train America has a medical advisory board. “I don’t take anyone’s brain healthy lightly,” says Ortman.)

Back to the big question: Did it work for me? It’s hard to tell. For one, I didn’t head to Brain Train America seeking necessary help with a certain challenge: I don’t have ADHD, or memory loss, or severe brain trauma. And the areas on which I was focusing—stress and anxiety, multitasking and comprehension—are hard to track precisely. Not to mention, I did this during a time when the upheaval of a pandemic and a volatile news cycle has led to more stress and brain fatigue in general, so it’d be hard to see any kind of improvement.

I will say this, though: I don’t think it hurt. Have I walked away from this experience anxiety-free and sharp-minded? Not exactly—I still have a constant pit in my stomach, forget where I place most of my things, and lose my train of thought about three times a day. But that’s probably an okay track record, considering the state of the world. And who knows? Maybe if it weren’t for all that clapping, I would have hit rock bottom.

Mimi Montgomery joined Washingtonian in 2018. Her work has appeared in Outside Magazine, Washington City Paper, DCist, and PoPVille. Originally from North Carolina, she now lives in Petworth. 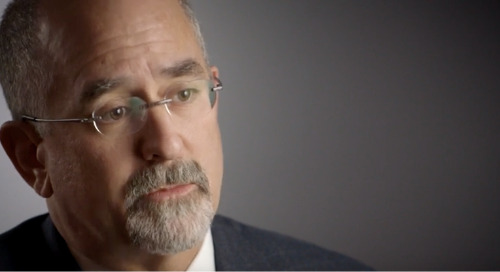 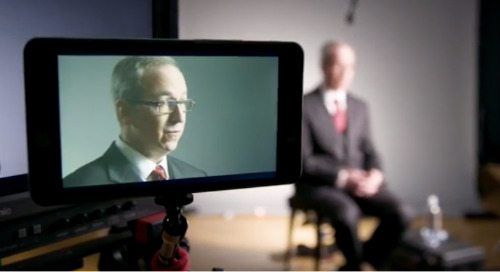 Neurologists and rehabilitation specialists at our medical centers can quickly identify neurological symptoms and help patients on the road to recovery. 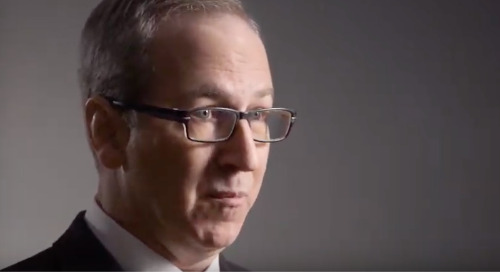 Getting a good night's sleep is good for your health in more ways than one. Jason Rosenberg, MD, explains why getting full night's rest can reduce risk of developing Alzheimer’s disease. 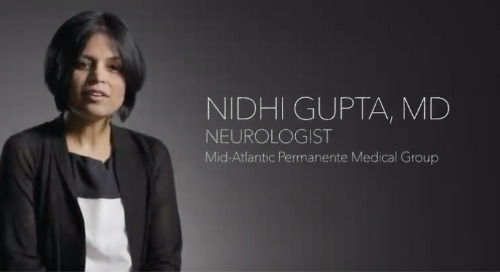 Nidhi Gupta, MD, is a leading neurologist specializing in strokes and clinical neurophysiology. Watch her discuss her work that helps patients with seizures and seizure-like symptoms. 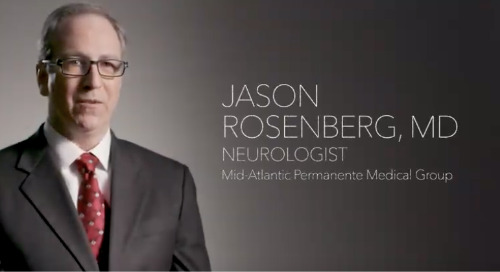 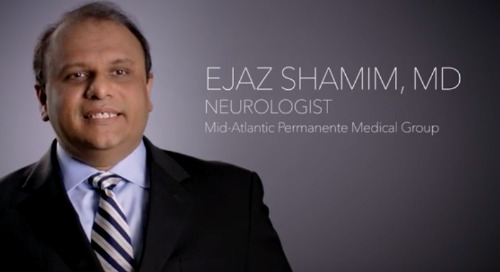 Meet Ejaz Shamim, MD, Chief of Neurology, as he shares the cutting-edge research that he and his team are conducting to prevent diseases. 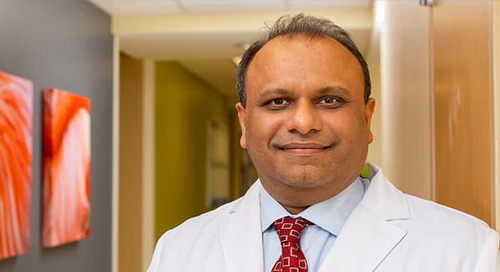 No matter what neurologic health conditions you may face, we believe it should be easy for you to contact your physicians and stay informed.